Power In Numbers With Community Solar

States in every corner of the United States are rapidly advancing the community solar market. GreenTech Media has projected that Community Solar will grow faster than any other solar market segment. The NC Clean Energy Technology Center reported in their 2016 50 States of Solar Quarterly Report that seven states adopted, amended, or reviewed rules governing community solar programs within the past year. For example, Minnesota and Maryland have implemented pilot projects that would demonstrate the benefits of community solar to customers. Colorado and Washington D.C. adopted programs that expand solar energy access to lower-income customers who are allocating a substantial percentage of their income to electricity. 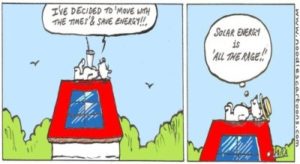 What’s in a name? States have deployed community solar with many variations in the market and business models. In general, community solar utilizes a central ‘community’ based solar power plant, and electrical customers subscribe to the output. The utility continues to provide the distribution services. Typically, the utility provides the billing functions allowing for the solar customer to receive a credit on their traditional utility bill for their share of the output from the solar system.

By the end of the year, Minnesota Power plans to deploy the utility’s fire Community Solar Garden (CSG). According to Minnesota SEIA, “CSGs must be under 1 MW, but there is no project limit or aggregate capacity”. CSG participants receive a portion of the generation as a credit on their electric bill.

In 2005 Minnesota enacted a Community-Based Energy Development (C-BED) Tariff to create a 20-year power purchase agreement (PPA) for community-owned renewable energy projects. Under Minnesota’s new program, both residential and commercial customers will be able to choose from three payment options: a one-time upfront payment, a fixed monthly subscription fee, or a fixed charge per kilowatt-hour. As part of the Minnesota Public Utilities Commission’s approval, Minnesota Power plans to collaborate with community organizations and developers to expand this program. Xcel Energy projects “north of 250 megawatts” by the end of 2016 under this new program.

The BARC Electric Cooperative in Virginia recently sold out subscriptions for their first 550 kW community solar array, a significant step forward for Virginia solar. BARC’s facility will serve over 200 homes and nine small businesses. The BARC Community Solar program used a $500,000 grant from the Appalachian Regional Commission (ARC), which is part of $2.1 million in grants in the Appalachian Region. This initial step into community solar for Virginia demonstrates a point we have made and is strongly supported by empirical evidence, namely that high demand exists for these programs. 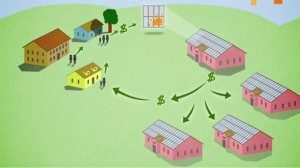 In 2013, DC enacted the Community Renewables Energy Act which removed some of the regulatory barriers to solar giving ratepayers access to virtual net metering. In 2014 and 2015 the Public Service Commission (PSC) proposed rulemaking that lowered the credit rate from a full 1:1 to just generation and transmission costs. Advocates for solar have opposed these changes given the negative impact on the value of solar to the homeowner. According to DC SUN, the PSC is still currently working on the rules.

Colorado and Maryland have developed solar community energy programs that lower energy costs for low-income customers. The Colorado Energy Office (CEO) joined forces with the non-profit GRID Alternatives and Delta-Monroe Electric Association to develop an initiative that reduces the electricity price for customers who spend more than four percent of their income on their utility bills. According to GRID Alternatives, Colorado families who meet certain income qualifications will be able to access community solar energy at no out of pocket cost. With the help of a $1.2 million grant from the CEO, the project will be the largest solar array in the nation to provide power exclusively to low-income households.

Similarly, the Maryland PSC recently adopted a three-year pilot program to be finalized mid-July. The program sets aside 60 MW of the 200 MW state community solar cap specifically to middle and lower-income customers. The Chairman of the Maryland PSC hopes that the program will incentivize private investors in the Maryland solar energy industry.

Community solar is becoming a more realistic solution for customers in communities across the financial spectrum due to pilot programs and other community solar initiatives. We hope Virginia continues to take advantage of this momentum.